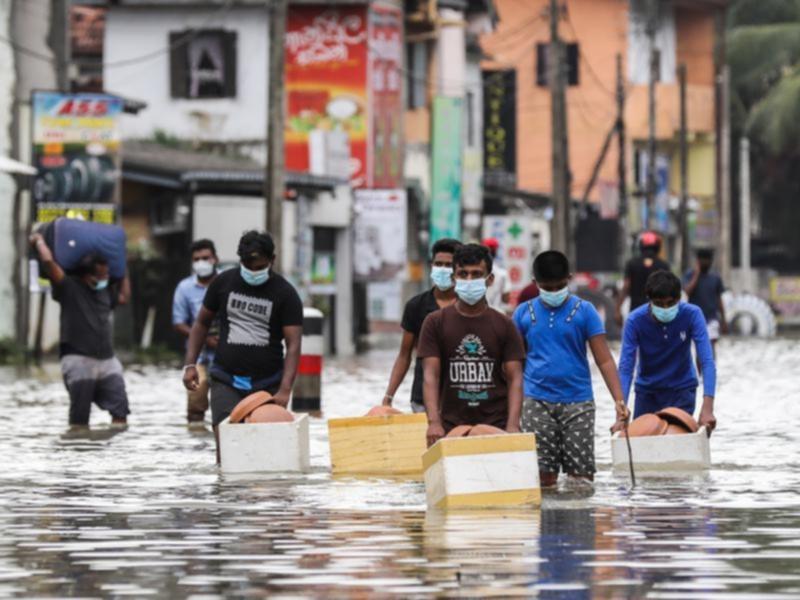 At least 34 people, have died and thousands of homes destroyed after heavy rains fell on Sri Lanka’s coast and in the South Indian state of Tamil Nadu.

According to authorities, who confirm the death of 20 people as at Wednesday, most people that lost their lives in Sri Lanka, died as a result of drowning, while five were hurt in landslides.

“Given the prevalence of Covid-19, the government has encouraged over a thousand families to move in with relatives to reduce the strain on government-run centers,”

The state’s disaster management department also disclosed on Thursday that, at least 14 people died after heavy rains caused severe flooding over the weekend, In Tamil Nadu. Although, officials claimed previously that five people had died in the floods.

The department also stated that the situation brought damages in more than 1,300 dwellings across the state.

The state’s capital, Chennai, and its surrounding areas have been experiencing power outages, it added.

Farmlands were not exempted as more than 100,000 acres of crops were also reportedly damaged in the region.