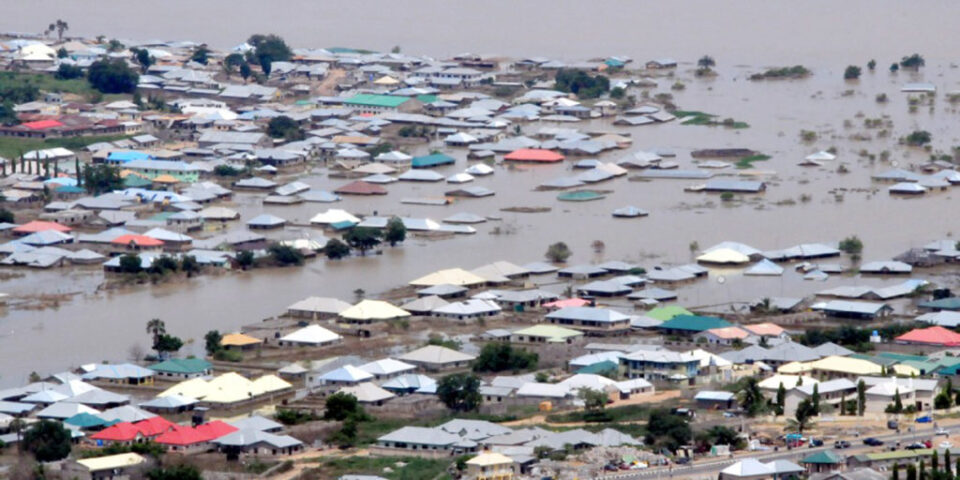 The devastating flooding in Nigeria has taken a different dimension since the emergency release of excess water from dams, both in Nigeria and in neighbouring Cameroon as Lagos State government, on Monday, warned that there will be backflow due to the high tide in the Lagos Lagoon.

This was revealed in a recent update with a focus on all waterfront residents of highbrow Ikoyi, Lekki and Victoria Island and coastal areas of Epe and Badagry.

So far, 33 out of 36 states in the country have been affected by the flood as at October 6th till date, while more than 600 people have been killed and 1.3 million people displaced.

Some individuals, entrepreneurs, farmers and others have also made losses as a result of the flood, while families have lost their belongings, after their houses got submerged.

Some of the states that have been affected by the flood are: Anambra, Bayelsa, Cross River, Delta, Rivers in southern Nigeria and the Federal Capital Territory in central Nigeria.

According to experts, the release of water from the neighbouring was highlighted as the key factor causing the flooding, the government said unusually heavy rains and climate change are to blame.

Apart from the release of water, experts also revealed that poor planning and infrastructure have exacerbated the damage.

Under poor planning, other factors like Inadequate design of drainage channels and structures, Inadequate maintenance of drainage facilities, blockage by debris brought by flood waters and construction of settlements in flood plains, deforestation and Improper agricultural practices were also highlighted.

Current Realities About The Obesity Paradox