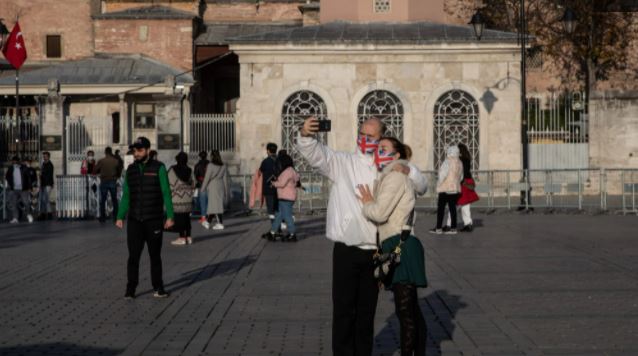 A nationwide lockdown will be enforced in Turkey on Thursday until May 17, to curb the spread of the third wave of Covid-19 infections.

The idea behind this development is to avoid the spread of the deadly pandemic, considering the Muslim holy month of Ramadan which ends in mid-May, since the activities like traditional family gatherings and celebrations is likely to take place soon.

The spread of the virus in the country has become a daily thing. The casualties have risen to approximately 350 in the last week, in a nation of 84 million people. This is higher compared to the two previous spikes last year.

The new infections reported on Wednesday in the country are 40,444. This is the highest in Europe but still down from the peak of more than 60,000 reported earlier this month.

On the total casualties and cases, since the beginning of the pandemic, the total number of cases stands at 4.75 million, including 39,398 deaths.

Turkish President, Recep Tayyip Erdogan has reacted to the situation while speaking in a in a televised address on Monday. Erdogan said, “We must quickly reduce the number of cases to less than 5,000 a day,”

Erdogan also made further comments on options to be implored to curb the spread of the virus.

He stated that Turkey would enter “a full closure” that requires people to stay indoors without a valid reason and sees all non-essential businesses closed.

Malaria Transmission Will Take A New Dimension In Africa