Home » Fury Calls On Anthony Joshua For A Fight. 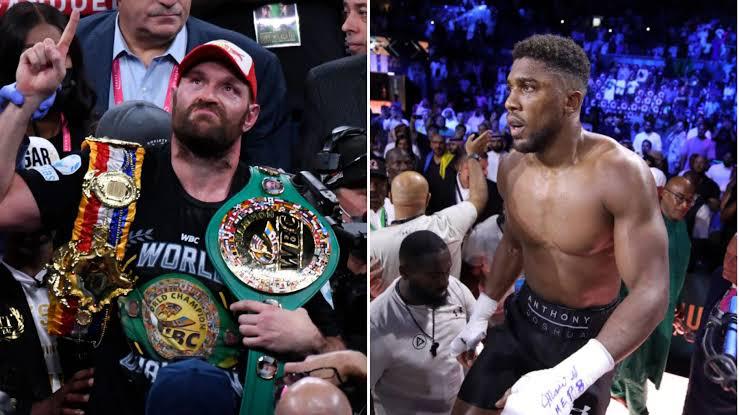 WBC heavyweight champion, Tyson Fury, well known as the Gypsy King, has called on Anthony Joshua, on Monday for a bout.

Fury who posted a video on to Instagram, wearing his belts, he said:

“I think you’ve all heard that I’m going to be fighting soon, within the next few months, and I think that before I announce an opponent, I need to do this, just in case.

“Anthony Joshua, I know you’ve just lost a fight to Usyk and you’re beltless at the moment, and I’d like to give you an opportunity to fight me for the WBC heavyweight championship of the world in the next few months”

He further said it’s a few months notice to Anthony Joshua, a British professional boxer, and if Anthony has interests in fighting him, he would send the date for the rumble, a battle of Britain for the WBC championship.

“Let me know if you’re interested. If not, I will select another opponent. Thank you very much, and good night.”

Lacazette Returns To Lyon On Free Transfer After Leaving Arsenal