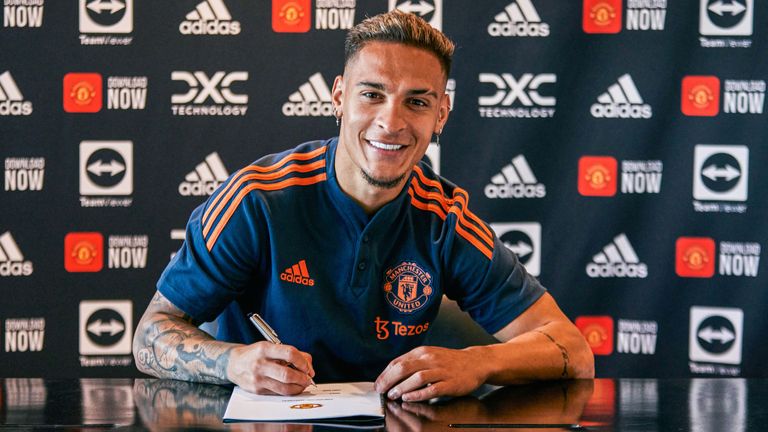 The signing is currently the fourth most expensive signing in Premier League history as it includes a potential 5m euros (£4.3m) of add-ons.

With the option of an additional year, the 22-year-old has signed a contract until the year 2027.

In reaction to the development, Antony said, “This is an incredible moment in my career to join one of the most iconic clubs in the world,”

“I’m thankful to everyone who has believed in me, especially my family, and all my coaches and team-mates, because I could not have got here without them.

“Playing under Erik ten Hag at Ajax was perfect for me and my development. His style of football and coaching brings out the best in me, and I am excited by what he has told me about his plans and ambitions in Manchester.”

Joining Antony at Old Trafford is United is Newcastle goalkeeper, Martin Dubravka, who was signed on a £2m loan for the rest of this season.

The deal is subject to registration, with an obligation to buy for £6m if he starts an agreed number of games.

The keeper from Slovakia has 29 caps for his country and has played more than 125 games in the Premier League in the past five seasons.