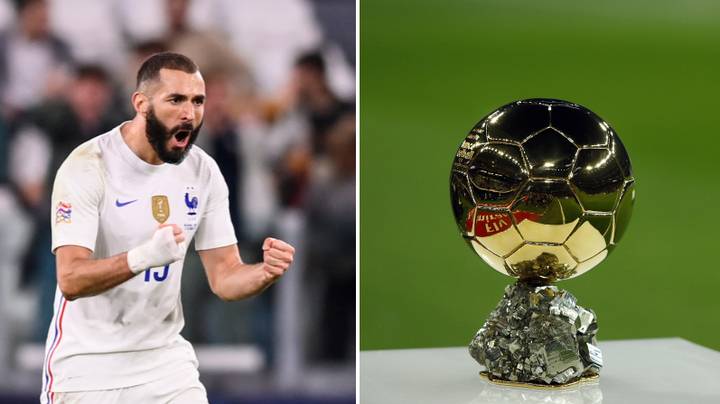 He reminded football fans and enthusiasts that it can be a reality for him after all the efforts he made for his team on Wednesday when the Los Blancos lifted the Uefa Super Cup in Helsinki with a win against Eintracht Frankfurt.

Benzema also played a huge role when the European champions proved they deserve the trophy triumphing over the German side, after the Spanish giant beat Liverpool to win the Champions League in May.

In the match, Benzema made history and doubled the Spanish giants’ lead by David Alaba with a first-time finish from Vinicius Jr’s cross.

The soccer star overtook Raul and behind only Cristiano Ronaldo who has 450 goals, moved second on Real’s all-time goalscoring list.

On his recent feat so far, he has scored 44 times in 46 games for Real Madrid to help his side win a Champions League and La Liga double, having so much hope to make more impact with his current form.

Interestingly, Benzema, 34, made comments concerning the role former team-mate, Ronaldo played in his career at the Bernabeu.

“helped me on and off the pitch”, he said, after admitting that he was able to adapt his game and score more goals once the Portugal star left.

Meanwhile, the captain of the Los Blancos during the Super Cup achieved the feat of being the second, only to Ronaldo as Real’s all-time leading scorer.