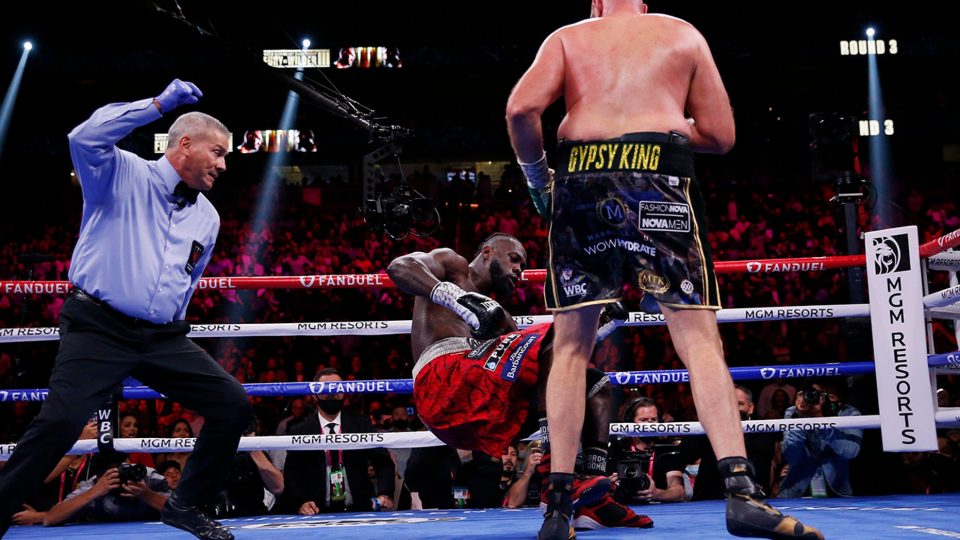 American’s lead trainer, Malik Scott said Heavyweight Deontay Wilder will not be quitting boxing after losing to Tyson Fury for a second time, in Las Vegas on Saturday.

This development occurred after Wilder was beaten by Fury in the 11th round in an interesting WBC world championship fight.  BBC reports.

While speaking to iFL TV, Scott said the 35-year-old has set his family financially secure so he doesn’t have to fight to make a living.

He also stressed that retiring is not in his plans at all and not something they’ve discussed.

Meanwhile, in December 2018, Wilder and Fury contested a controversial draw. But the result was different in 2020 as the Briton won the rematch which Wilder’s then-trainer Mark Breland threw the towel into the ring in the seventh round.

That move angered Wilder so much that he dismissed Breland and replaced him with Scott, a fighter he had defeated in 2014.

A more thrilling account was recorded in the third fight which Fury won. Both boxers, Fury-Wilder fell twice. Fury twice in the fourth and Wilder in the third and 10th rounds, but the third knockdown in the 11th round made the difference.

Scott who made more comments on Wilder’s retirement stated that there was not a moment when the American considered ending the contest.

“Over the years of me knowing Deontay, he has always said throwing the towel in with a knockout artist like him wouldn’t be tolerated,” added Scott.

“It’s something I respected. The last knockdown was the worst knockdown and the ref called it off.

“Deontay and Mark never had a relationship outside the gym, they never talked for more than five minutes on a phone call. Me and Deontay would never fall out and not speak again – our bond is too tight.”