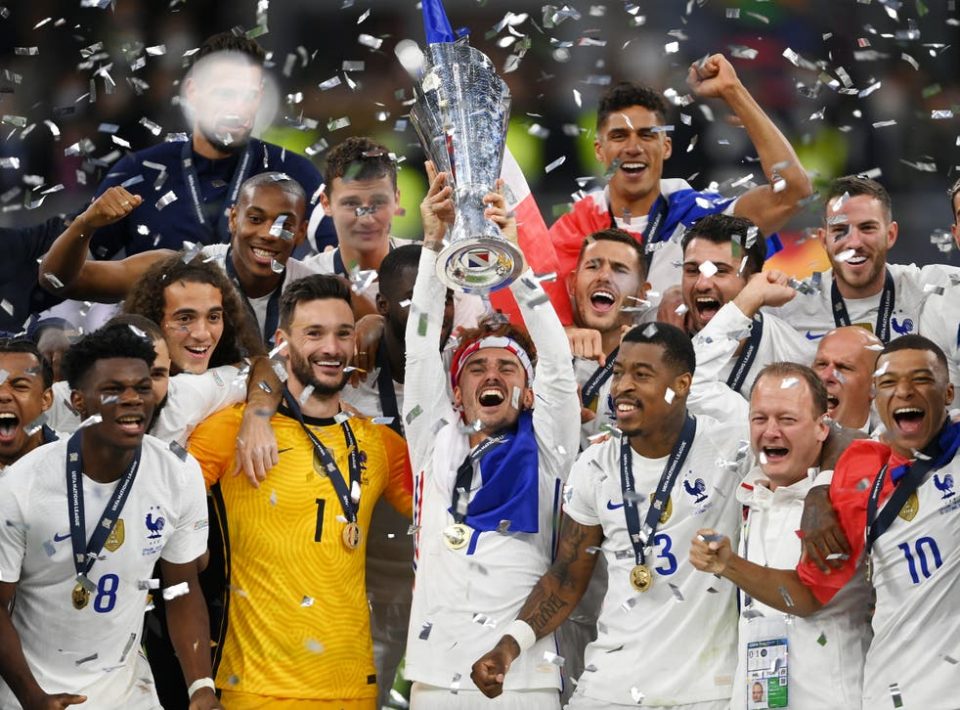 France on Sunday won the UEFA Nations League after coming from behind to beat Spain 2-1 in Milan.

Talented players, Kylian Mbappe and Karim Benzema displayed superb performances and and crowned their efforts by  registering their names on the scorers sheet for France.

France did not only win, but made history to became the second team to lift the prestigious UEFA Nations League.

Spain opened scoring with Mikel Oyarzabal goal in the 64th minute but the resilience of France in the second half resulted into an opportunity which fell into the hands of Karim Benzema who quickly levelled up for his side before Mbappe scored the winner.

This win for the Didier Deschamps’ side was a second successive comeback after their thrilling 3-2 semi-final success against Belgium.