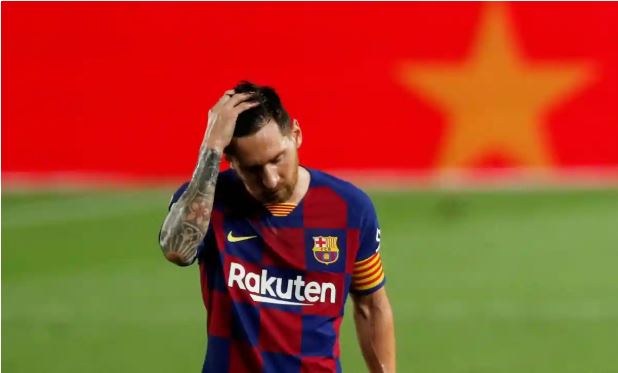 Lionel Messi has made comments after Osasuna has defeated Barcelona at home on Thursday.

The disappointing loss occurred on the night Real Madrid were crowned La Liga champions for the first time since 2017 with victory over Villarreal.

A late winner for the visitors made Lionel Messi’s free look a bit insignificant. After the match, the talented football star reacted.  He said:

“We didn’t want to end the season like this but it represents how the season has gone. We were a very erratic, very weak, low-intensity team…

“We lost a lot of points and today’s game is a summary of the season.

“We were inconsistent during the season. Real Madrid did their thing. We lost a lot of points. We have to do some self-criticism. We are Barça.”

The last LaLiga meeting between the sides ended in a 2-2 draw at Osasuna.Barcelona

Goals from Roberto Torres opened and closed the scoring after Ansu Fati and Arthur Melo looked to have completed the comeback for Barca.