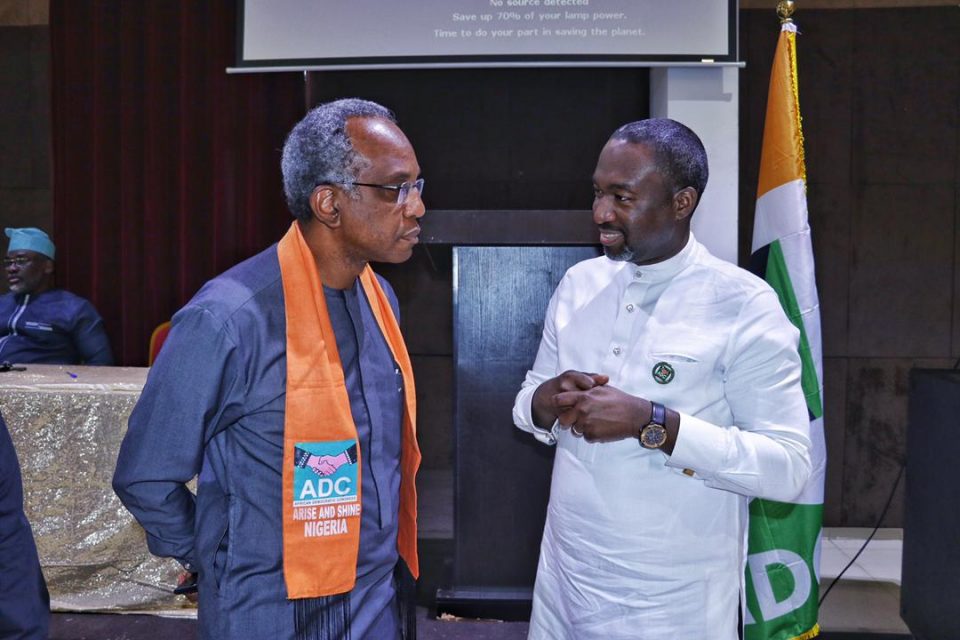 He described her as a competent hand with excellent leadership qualities that will together with Doherty bring a new vision for a Lagos that works for all and not just a few.

“I believe that Lagos deserves better and can do away with a typical godfatherism, and trading of elicits favour among a small group of people controlling 99percent of our wealth,” he said

“We need you to care for the people and ADC has found the right kind of people who care and have sacrificed their corporate ambitions to serve the state, who have left their opportunities to be chairmen of industries to become ‘political beggers’ to please give me a chance to support the state.”

Funso Doherty, commended the choice of Giwa-Amu as his running mate, expressing confidence that the former magistrate with Lagos state judiciary would help realise a Lagos that works for all and not just a few.

He noted that the emergency of Giwa-Amu reveals a clear preference for integrity, equity and justice in leadership and governance.

“I am very excited to be joined on the ticket by a distinguished person we have chosen. She has served the state, party and community in various capacities and roles.”

“We believe that this next capacity is another step in her ongoing capacity to serve the people. We are bringing a new vision for Lagos.”

In her acceptance speech, Giwa-Amu said, “Today is unarguably the most exciting moment of my sojourn in Lagos where I have lived for over 39 years.”

“And this, for the obvious reason that it marks the beginning of a huge opportunity in my life to demonstrate my long-held vision of greater involvement in the building of Lagos state,” she said.

She noted that the Lagos of her youth was a pristine, beautiful, exciting place in which people were free to move around easily and without any fear.

According to her, the state is now reeling under serious challenges, including high-level insecurity, the decay of critical infrastructures and the absence of necessary social safety nets.

“This very important call to service is therefore a great opportunity for me to contribute to turning things around,” she said.

“In this, I am aligning very closely with the commitment and determination of my principal – Funso Doherty, a man with Lagos deeply etched in his DNA, to develop and progress Lagos to its full potential,” she stated.

“We will together work assiduously to restore the state to its old glory as a centre of excellence, tapping on the huge potentials of its diverse peoples, and its abundant but currently latent resources,” she added.

The World React To Death Of Queen Elizabeth II

There Is No Manual For Marriage, Says Nosa Rex

Joe Biden Is Sworn In As 46th President Of United States

America Democracy In Chaos As Trump Supporters Storm US Capitol

Anambra Decides: IPOB Cancels Sit-At-Home As Soludo, Others Sign Accord