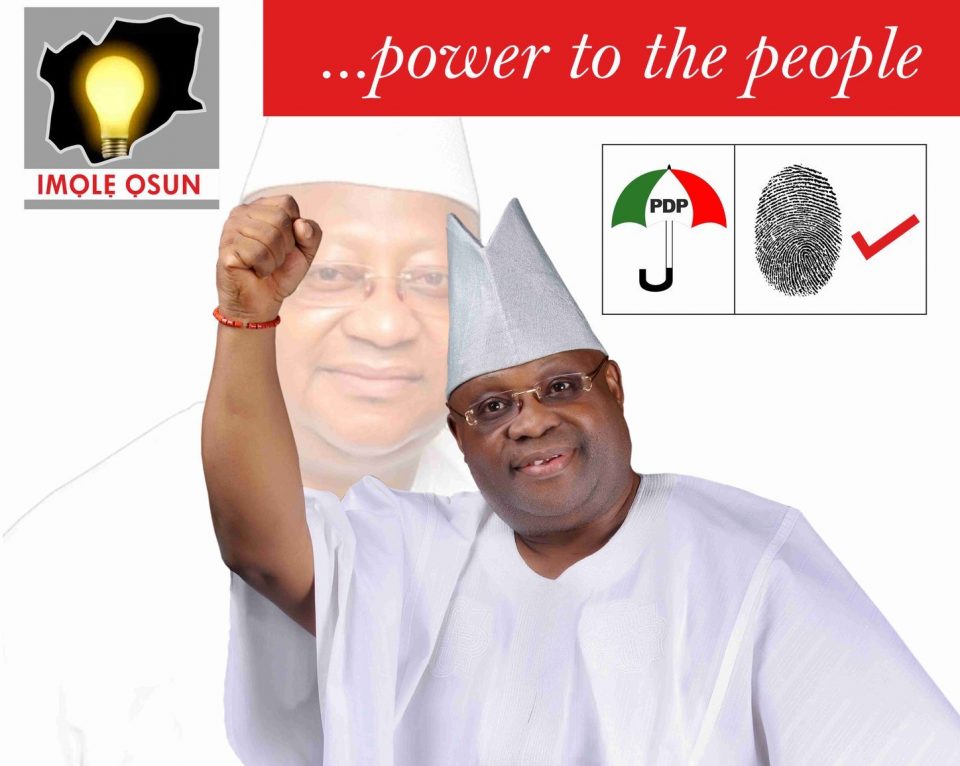 The candidate of the Peoples Democratic Party, Senator Ademola Adeleke, has been declared winner of the Osun governorship election.

The Independent National Electoral Commission declared him winner after the Returning Officer for the election and Vice Chancellor of the University of Lagos, Prof. Oluwatoyin Ogundipe, announced Adeleke’s victory over the incumbent Governor of the state, Adegboyega Oyetola of the All Progressives Congress.

“I declare Adeleke Ademola Jackson Nurudeen, on behalf of the chairman of INEC, of the PDP, having satisfied the requirement of the law, is hereby declared the winner and he is returned elected,” Ogundipe said.

On the total votes recorded, the electoral umpire revealed that PDP won 17 of the 30 Local Government Areas of the state, while the APC won the remaining 13.

The victory of Adeleke has attracted his nephew, a renowned Nigerian singer, David Adeleke, well known as Davido.

They have both expressed their happiness, (especially during the early lead of Adeleke), which has been captured in a video and has gone viral online.