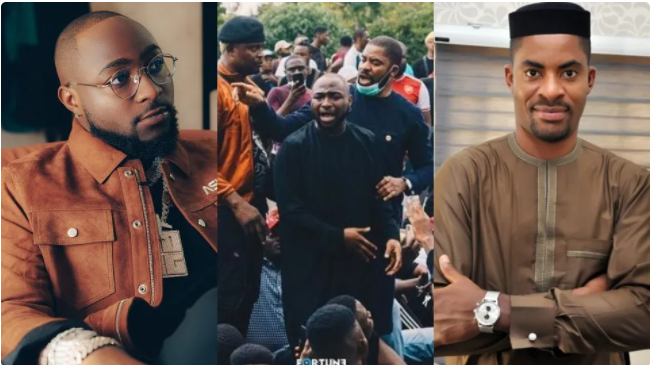 Renowned Nigerian music star, Davido has been urged to run for House of representatives in 2023.

while commenting on his 250 million donations to orphanages across Nigeria, the activist, Deji Adeyanju, said the musician should go ahead to contest for the position.

The development was also triggered by Davido’s concern about the state of the Nigerian nation, especially the plight of the less privileged, stressing that the talented artiste is aware of the issues in the nation.

His tweet read, “I appeal to you to run for House of Reps in 2023 because you care about the people and know what the issues are. The N250m donation to the less privileged is a further justification of this assertion.”

On the kind gesture, it has also been recorded that Davido’s friends and colleagues also donated N1m each to the same account for the singer’s birthday.

The total amount Davido received at the end of the day was N200m, which he later added N50m of his personal money to give to orphanages across the country.

So far, Nigerians and politicians have applauded David’s kind gesture.

Osimhen Out For Three Months After Cheekbone, Eye Socket Surgeries