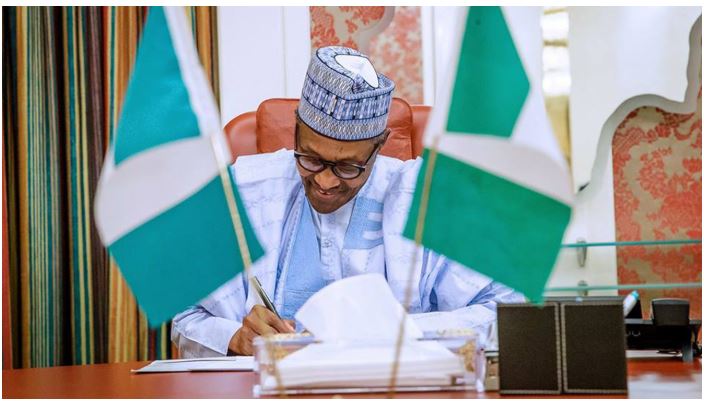 The 2021 budget will be presented by the President, Major Muhammadu Buhari at a joint sitting of the National Assembly on Thursday, October 8, 2020.

This development was  was contained in a letter written to the National Assembly and read by the Senate President Ahmed Lawan on Tuesday at the resumption of plenary.

The PUNCH reports that the Federal Executive Council had last Wednesday approved a budget estimate of N13.08tn for the 2021 fiscal year.

The Minister of Finance, Budget and National Planning, Zainab Ahmed, disclosed this to State House correspondents at the end of the meeting.

According to the minister, the budget proposal was predicated on $379 exchange rate, oil benchmark of $40 barrel per day and oil production volume of 1.86 million per day.

In the minister words, “The budget assumptions that were presented to the council include: one, crude oil price benchmark at $40 per barrel; two, oil production at 1.86 million barrels per day; three, exchange rate of N379 to $1; four, Gross Domestic Product growth target of three per cent; and five, inflation rate of 11.95 per cent.

“We have a total aggregate revenue of N7.89tn and also an aggregate expenditure of N13.08tn for 2021. There is a fiscal deficit of N4.49tn, this represents 3.64 per cent, slightly above what is required by the Fiscal Responsibility Act of three per cent and also to report that the total capital expenditure that is projected in the budget is 29 per cent of the aggregate expenditure.

Ageing Is Caused By Mutations With Detrimental Effects