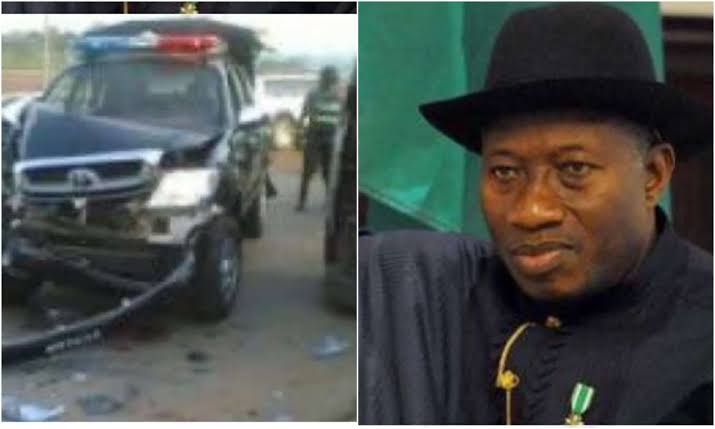 0
SHARES
ShareTweet
GoogleWhatsapp
Ex-president President Goodluck Jonathan has expressed sadness over the death of two police officers attached to his convoy. The cops died in an accident involving the ex-president’s convoy on Wednesday night.
President Jonathan in a statement by his Special Adviser on Media and Publicity, Ikechukwu Eze, said the late police officers, died in active service to the nation with commitment to their duties.
Part of the statement reads, “Dr. Jonathan noted with sadness that the deceased, Inspectors Ibrahim Abazi and Yakubu Toma, were fine officers who were dedicated to their duties and service to the nation.”
Two other officers in the convoy sustained injuries and are presently responding to treatment at the hospital.
previous post

Visa Restrictions May Be Placed On Americans, Others-Nigeria Immigration Service

Covid-19: 325 Nigerian Evacuees Return From US