Home » Covid-19 In India: Delhi Running Out Of Space For Cremations 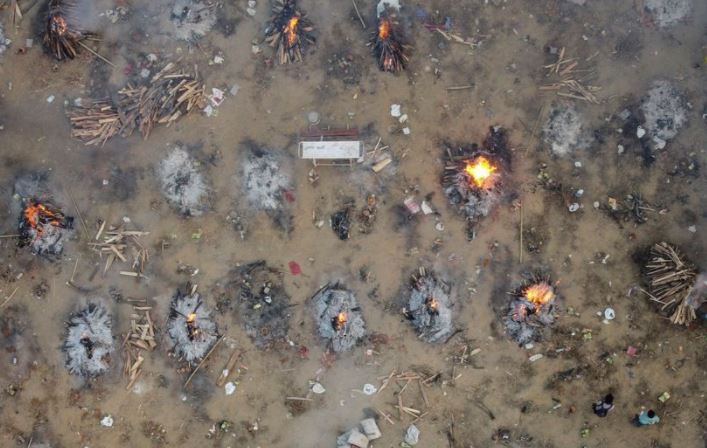 The huge number of people who have died as a result of Covid-19 pandemic in India has resulted into a need for more sites for cremations.

This development has compelled officials in Delhi to search for alternatives as the city’s morgues and crematoriums are now full.

The biggest one-day increase on record for any country has been confirmed in the India as a second wave of the virus is ravaging parts of the country.

At the moment, the total number of infections in the country has now passed 18 million.

The severity of the situation in India has attracted the first consignment of emergency medical supplies from the US, which has arrived in India on Friday.

This is part of what the White House has said will be more than $100 million worth of support.

Meanwhile, there is still need for supply of oxygen and hospital bed across the country since they are not sufficient.

US Bishops Discourage Catholics From Getting Johnson & Johnson Vaccine