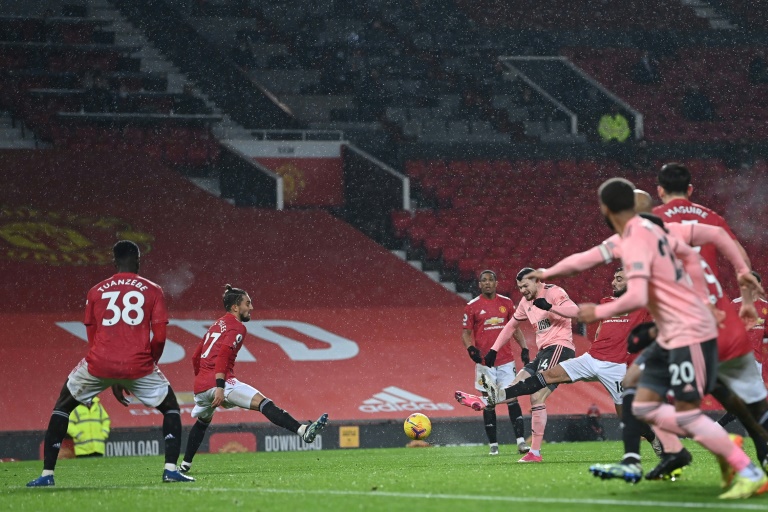 0
SHARES
ShareTweet
GoogleWhatsapp
Manchester United were beaten on Wednesday by Bottom-of-the-table Sheffield United 2-1 at Old Trafford.
The away side picked up only their second win of the season against Title-chasing Manchester that needed three points to regain top spot from rivals Manchester City but were lacklustre for large periods of the contest.
Ole Gunnar Solskjaer’s men were stunned by the Blades took a shock first-half lead through a header by Kean Bryan after John Fleck’s corner.
Attempts were made by Anthony Martial to score but the only goal scored by him was ruled out.
United skipper, Harry Maguire headed in the leveller just past the hour mark, after he was adjudged to have fouled Aaron Ramsdale.
The visitors responded with 16 minutes remaining as Manchester United failed to clear and substitute Oliver Burke side-footed in via a deflection off Axel Tuanzebe for their first win over the home side since the opening day of the newly formed Premier League in 1992.
previous post