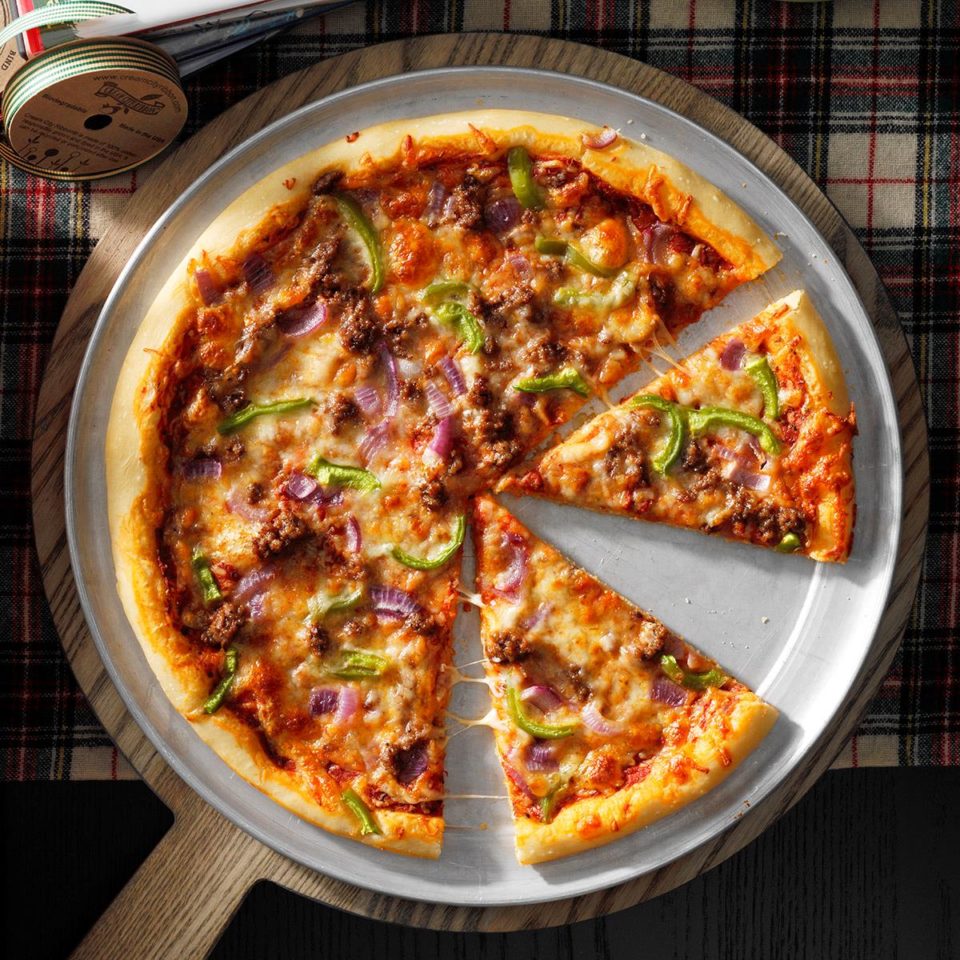 This study was conducted in order to ascertain the immediate and long term consequences of eating pizza after feeling full.

They found that the young, healthy men (aged 22—37) who volunteered for the trial consumed almost twice as much pizza when pushing beyond their usual limits, doubling their calorie intake, yet, remarkably, managed to keep the amount of nutrients in the bloodstream within normal range.

This, say the researchers, shows that if an otherwise healthy person overindulges occasionally there are no immediate, negative consequences in terms of losing metabolic control. However, they caution of the risks of prolonged over-eating.

Lead researcher Aaron Hengist explained: “We all know the long-term risks of over-indulgence with food when it comes to obesity, type II diabetes and cardiovascular disease, but we know much less about some of the immediate effects ‘all you can eat’ places on the body. Our findings show that the body actually copes remarkably well when faced with a massive and sudden calorie excess. Healthy humans can eat twice as much as ‘full’ and deal effectively with this huge initial energy surplus.”

This is well beyond standard adult guidelines for calorie intake in one day (let alone one meal) and is even more calories than US Olympic swimmer Michael Phelps famously reported eating for breakfast.

Results show that after eating maximally:

The study also looked at appetite and mood throughout the trials:

– Four hours after eating maximally, the participants felt sleepy/lethargic and reported no desire to eat anything else, including sweet foods. This was surprising because reward centres in the brain are usually food specific, so eating pizza might not be expected to change the desire for sweet food which may be why you always have room for dessert.

Professor James Betts, who oversaw the work, added: “We know that people often eat beyond their needs, which is why so many of us struggle to manage our body weight. It is therefore surprising that no previous research had measured the maximal capacity for eating at a single meal in order to understand how the human body responds to that challenge.

“This study reveals that humans are capable of eating twice as much food as is needed to make us feel ‘full’, but that our bodies are well adapted to an excessive delivery of dietary nutrients at one huge meal. Specifically, those tested in this study were able to efficiently use or store the nutrients they ingested during the pizza-eating challenge, such that the levels of sugar and fats in their blood were not much higher than when they ate half as much food.

“The main problem with overeating is that it adds more stored energy to our bodies (in the form of fat), which can culminate in obesity if you overeat day after day. However, this study shows that if an otherwise healthy person overindulges occasionally, for example eating a large buffet meal or Christmas lunch, then there are no immediate negative consequences in terms of losing metabolic control.”

The researchers acknowledge that their study involved healthy young men, so they plan to investigate whether similar effects are apparent in women, and for overweight and older populations.