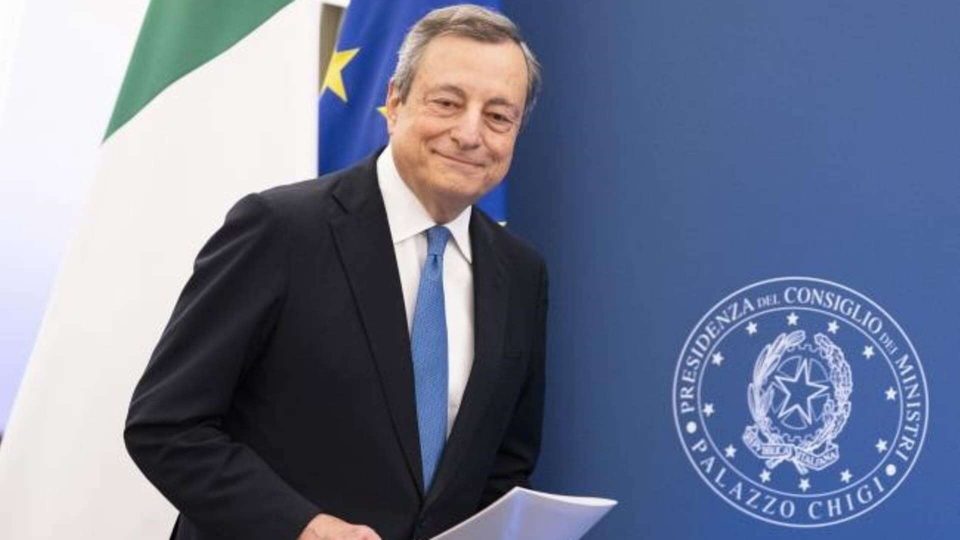 Italian Prime Minister Mario Draghi has offer to step down and tendered his resignation after populist coalition partner Five Star withdrew its support in a confidence vote.

The former head of the European Central Bank who led a unity government since February 2021, in a statement, he said the pact of trust that had sustained the unity government had gone, BBC reports.

In reaction to the development, President Sergio Mattarella refused to accept his resignation.

Mr. Mattarella appointed Mr Draghi to lead Italy’s post-Covid pandemic recovery, and save the country from endemic instability, but has now called on Mr Draghi to address parliament to provide a clear picture of the political situation.

Meanwhile, the effect of President Mattarella’s intervention is not entirely clear as Mr Draghi is expected to go to parliament next Wednesday – and with sufficient backing could remain in office.

According to reports, Draghi’s issue, was triggered when Five Star leader Giuseppe Conte refused to back the government’s €23bn (£19.5bn) package of economic aid for families and businesses, arguing Mr Draghi was not doing enough to tackle the cost of living crisis.

Ordinarily, Draghi’s broad coalition government which includes parties from the right, the left, the center and the populist 5-Star Movement, was designed to help Italy recover from the coronavirus pandemic.

Hours earlier Thursday, Draghi and his government won a confidence vote, 172-39, in the Senate despite the refusal by the 5-Star Movement to back the bill, which earmarked 26 billion euros (dollars) to help consumers and industries struggling with soaring energy prices.

But the dramatic snub, orchestrated by 5-Star leader Giuseppe Conte, Draghi’s predecessor, did its damage.