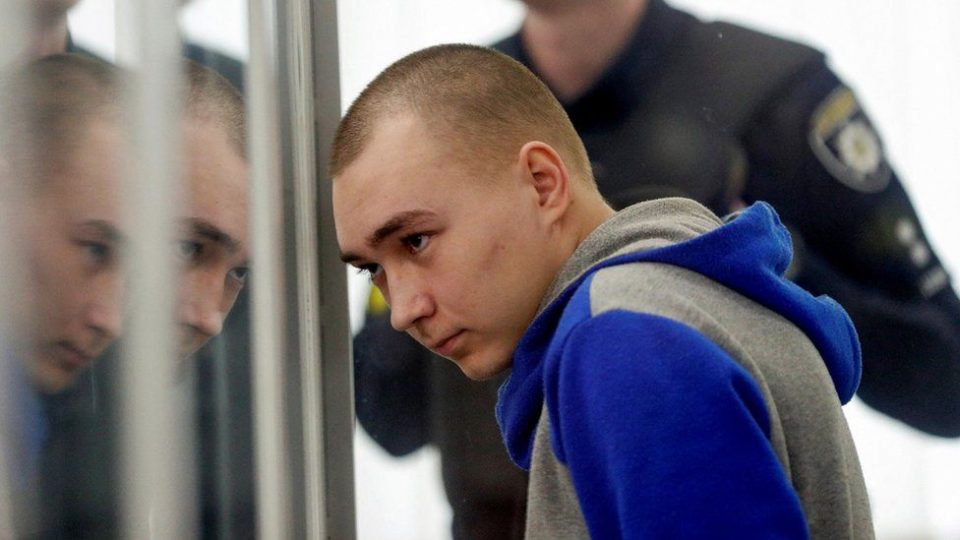 Russian soldier, Sgt Vadim Shishimarin has been jailed for life for killing a civilian at the first war crimes trial since the invasion.

Shishimarin, Russian tank commander was captured and jailed by a court in Ukraine.

He was convicted of killing Oleksandr Shelipov, in the north-eastern village of Chupakhivka on 28 February, BBC reports.

After the inhumane act was carried out, he was interrogated and asked the reason he shot the civilian dead.

Shishimarin who said had been acting on orders asked forgiveness of the man’s widow, after admitted shooting Mr Shelipov.

So far, Ukraine has confirmed that more than 11,000 crimes may have occurred, while investigation of many other alleged war crime are being carried out by Ukraine after the passing on and judgement of late 62-year-old Shelipov.

But the fact remains that Monday’s outcome sets a significant legal precedent, in a conflict where the deliberate targeting of civilians has become one of the defining features.

Moscow has always denied its troops have targeted civilians, despite a wealth of evidence to the contrary,

2Baba, Others Visit Late Sound Sultan’s Grave In US