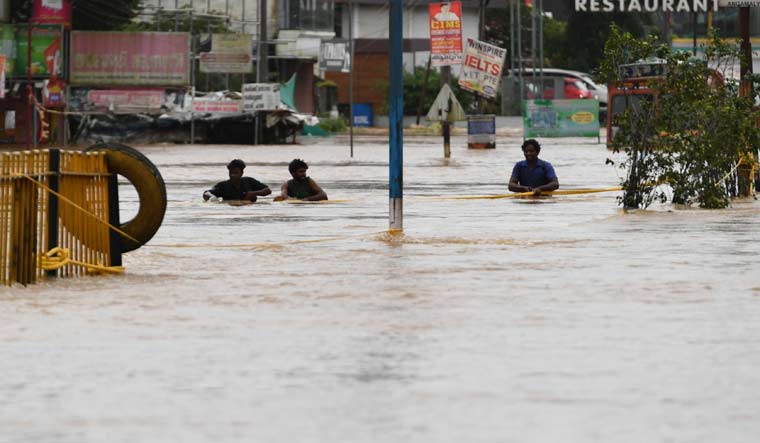 Floods and heavy rains in southern India caused rivers to overflow, cutting off towns and villages, killing at least 24 people in the country.

While many people are missing, there are fears the death toll could rise further as five children are among the dead.

This development has also made people became trapped in the district of Kottayam in Kerala state while several houses were washed away.

Rescue mission have started in the area. Video from the area showed bus passengers being rescued after their vehicle was inundated with floodwater.

Another terrible effect of the heavy and consistent rain is the landslides which has affected most districts of the state. Kottayam and Idukki are two of the worst affected districts.

According to officials, the rescue activity involves Military helicopters which are used to fly in supplies and personnel to areas where people are trapped.