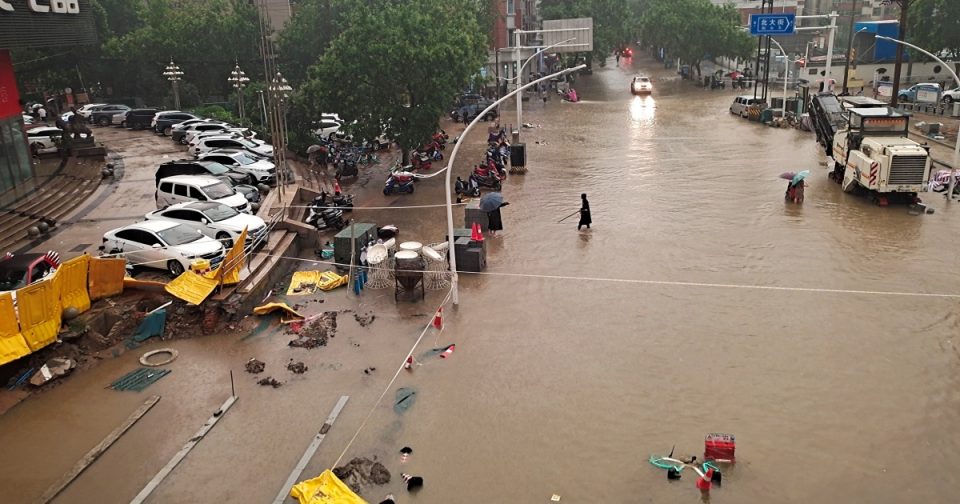 According to local media, more than 70 districts and cities in the province have been affected, thereby causing damages in the country.

This started from Torrential rain which has led to the collapse of houses and resulted into landslides, BBC reports.

While plans to save victims are rolled out, officials have also disclosed that heavy rainfall is hampering rescue efforts.

One of the affected areas, the Henan province has experienced the death of people numbering at least 300, as a result of the flooding which came less than three months after.

State media also reported that three people had died, and 11 of the 51 on board were missing in the neighbouring Hebei province, after a bus fell into a flooded river.

One of the hindrances to rescue efforts is the heavy and prolonged rainfall and storms In Shanxi, China’s Meteorological Administration also told local media reports.