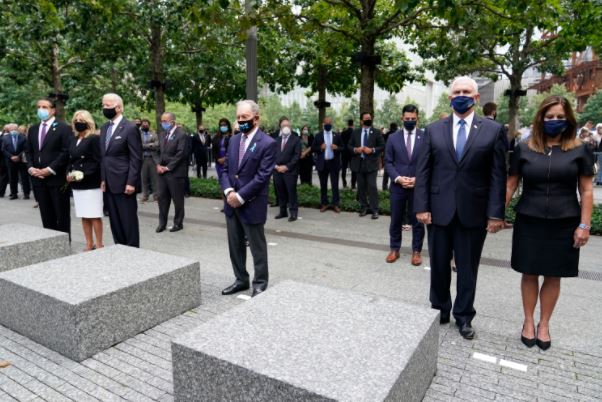 A ceremony in remembrance of the September 11 coordinated attacks on US landmarks that killed thousands of people after 20 years has commenced on Saturday in the country.

While the repercussions of the attack by al-Qaeda are still being felt around, President Biden has paid tribute to the victims in a speech on Friday evening.

Another important and concerned personality who also made comments concerning the memorable event was the Queen. She said the survivors and the bereaved were in her prayers.

Important highlights of the events which began in New York City at 0830 local time (1330 BST) was the first moment of silence, which marked the moment Flight 11 hit the North Tower in New York City.

At least 2,977 victims of the deadly event that has left scars on the mind of Americans were also recognized with roll calls.

“I Would Love To Work With Adekunle Gold” – Dhortune