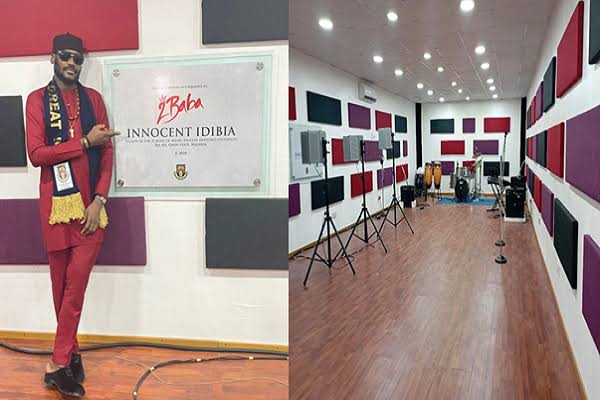 The music icon who was honoured by the institution with Fellow of the School of Music, March 20, 2019, revealed this development via his Instagram page on Tuesday, March 15, 2022.

The multiple award winner captioned the video of the opening ceremony, “Sometime ago I was honoured by the Great OAU as I was inducted into the school of music as A Fellow Of The School of music.”

The songwriter also revealed  that has a plan to build a similar studio at the Benue State University (BSU).

In his words, “Today I just commissioned the multimillion # studio I built for the music department in OAU ile-ife. up next is Benue State University.’’

In his welcome address, the Vice-Chancellor appreciated the singer and stated that OAU now has the best recording studio in any Nigerian university, thanks to 2Baba.

Manchester United Out Of Champions League After Defeat To Atletico Madrid