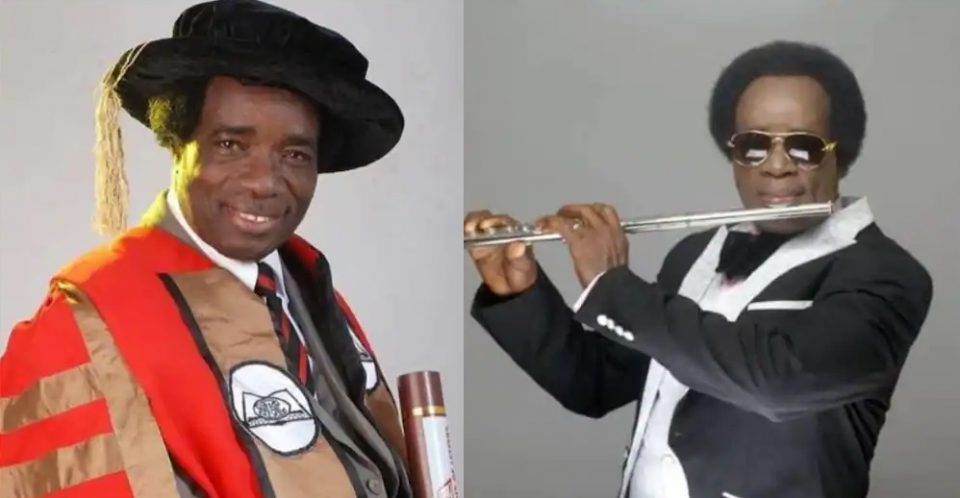 Renowned Nigerian musician, Sir Victor Efosa Uwaifo MON, has died at the age of 80 after he was diagnosed of chest infection.

The death of the writer, sculptor, and musical instrument inventor which came as a shock was disclosed by Peter de Rock Sir Uwaifo’s nephew, who is also known as a gospel musician.

Professor of Visual Arts at the University of Benin (UNIBEN), had to be supported with oxygen until he breathed his last.

According to him, the university lecturer and music legend died of chest infection which affected his lungs, and led to difficulties in the breathing of the first Honorable Commissioner for Arts, Culture and Tourism in Nigeria

On his other feats, Sir Uwaifo studied at UNIBEN where he obtained a First Class in Applied Arts at 54, a Master’s Degree in Sculpture at 56 and Doctor of Philosophy (PhD) in Architectural Sculpture at 77.

Messi Debuts For PSG In 2-0 Win Against Reims