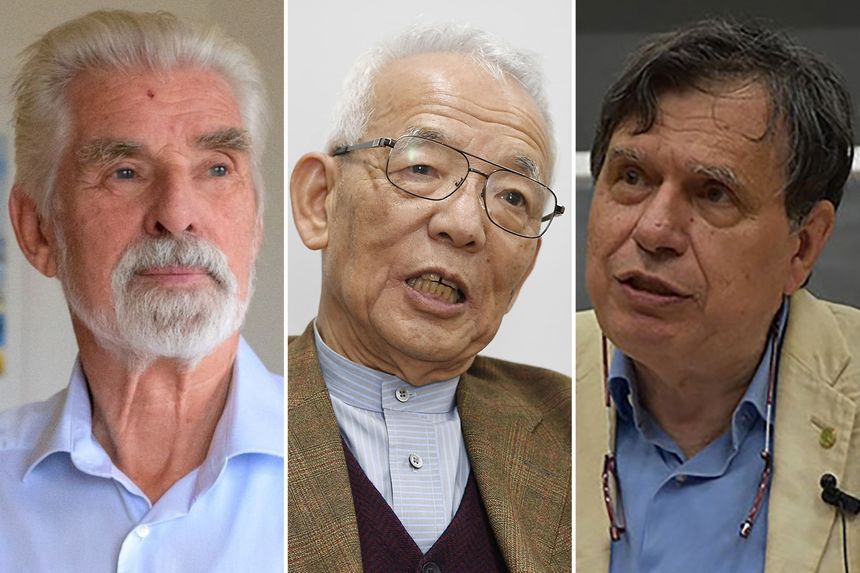 Scientists Syukuro Manabe, Klaus Hasselmann and Giorgio Parisi, have been awarded with the Nobel Prize in Physics for predicting climate change and decoding complex physical systems.

The work of the scientists was tagged a groundbreaking one for over the past 60 years, as they were announced as winners at a news conference Tuesday in Stockholm, Sweden, CNN reports.

According to the news release from the Royal Swedish Academy of Sciences Manabe, 90, and Hasselmann, 89, were jointly honored for “the physical modelling of Earth’s climate, quantifying variability and reliably predicting global warming.”

Both men carried out pioneering work in the 1960s and 1970s that sounded an early alarm on human-made climate change.

On the feat of Italian physicist Parisi, the 73-year-old, claimed the other half of the award, for “the discovery of the interplay of disorder and fluctuations in physical systems from atomic to planetary scales.”

Manabe’s work in the 1960s was a demonstration of how increased levels of carbon dioxide in the atmosphere caused the Earth’s temperature to rise.

The Royal Swedish Academy of Sciences also revealed in a statement that he “laid the foundation for the development of current climate models,”

While Hasselmann, a decade later, “created a model that links together weather and climate.”

In reaction to this development, Thors-Hans Hansson, the chair of the Nobel committee, said: “It’s a physics prize. And what we are saying is that the modelling of climate is solidly based in physical theory.”

The Use Of Antibiotics Is Beginning To Fail Worldwide

Extra-terrestrial Real Estate: Plots Of Land Now Available In The Moon At $24 Per Acre