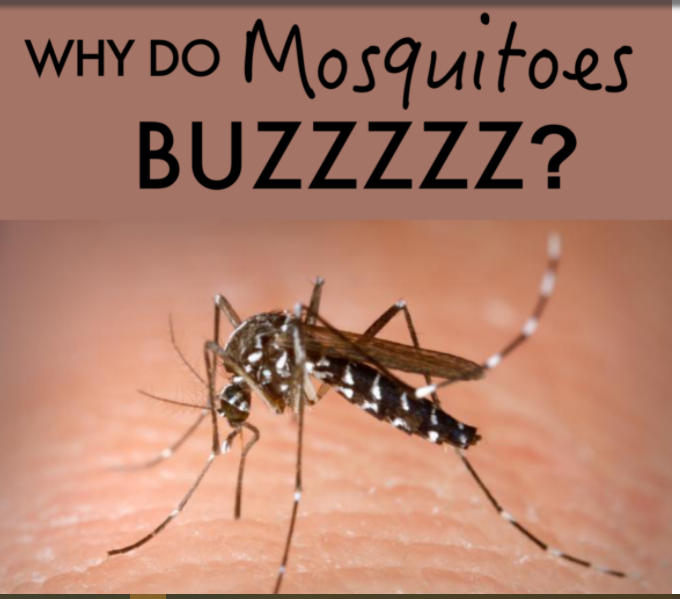 The reasons why mosquitoes buzz in our ears were discovered by Michael Riehle, a professor of entomology at the University of Arizona and other researchers.

According to a report by live science, “The buzzing in your ear is mostly just a side effect of the mosquito’s wings beating,” said Michael Riehle, a professor of entomology at the University of Arizona. “[The sound] doesn’t have a long range, so you notice it most when they are flying around your ears.”

That buzzing you hear is likely from a female mosquito.  That’s because male and female mosquitoes lead very different lives. The males typically hang out and sip on the nectar of flowers; they couldn’t care less about the humans lumbering about. The females, however, need to find a blood meal after mating in order to have enough energy to produce eggs. In fact, female mosquitoes are equipped with unique tools to home in on their next victim.

“From a distance, [female mosquitoes] cue in on carbon dioxide that we exhale in conical plumes from our bodies,” Riehle told Live Science. “The carbon dioxide stimulates the female mosquito to start host-seeking, flying back and forth to follow that concentration gradient back to the source.”

In other words, mosquitoes buzz around our heads because that’s where we expel the most carbon dioxide.

As she approaches, the female mosquito zeros in on body heat and the carbon dioxide plume to land on the victim. The female mosquito uses taste sensors on her feet to determine whether the human, or any blood-bearing animal, is adequate to tap for her next meal. While some studies suggest that type O blood is the best vintage, Riehle remains skeptical; he has not found any convincing research about blood type and mosquito interest. Instead, he believes that other factors, like a person’s genetics and even diet, play a bigger role in how “delicious” a person tastes.

Your skin is “giving off this unique cocktail of scents that is going to be more attractive to some mosquitoes than to others,” Riehle said. Another study found that female mosquitoes were more attracted to men who had less diverse bacteria on their skin than to men with more diverse skin bacteria; these blood suckers are also partial to people who wear dark colors, such as black.

As the female flies toward a target, she beats her wings approximately 500 times per second at a frequency of 450 to 500 hertz. This frequency is pitched to the musical note A, which, coincidentally, is what an orchestra tunes itself to before a concert.

While this sounds like a high-pitched drone to us, it is music to male mosquitoes. In fact, males, whose wings beat at a higher frequency than the females’, listen for the dulcet tones of females when they are searching for mates. Riehle likes to demonstrate this effect to his students by passing a tuning fork pitched to A over a cage of female mosquitoes. In every test, the females do not react, he said. The same demonstration over the cage of male mosquitoes sets their wings in a flurry as they frantically search for the goddess who created those sweet, sweet vibrations

While male mosquitoes go wild for this tone, humans are less thrilled to hear it. But while we may readily perceive mosquitoes buzzing around our ears, Riehle noted that most mosquitoes are not attracted to our heads. Rather, these bloodsuckers may be more inclined to seek out our feet, which sport bacteria that give off mosquito-enticing aromas. However, most people probably don’t notice a mosquito buzzing around their ankles, he said.

Donald Trump: Former US President Shuts Down His Blog

Covid-19: Booster Vaccines Should Be Suspended- WHO

It Is Beneficial To Drink Coffee After Breakfast, Not Before