Home » A cockroach Can Survive Without Its Head For Weeks 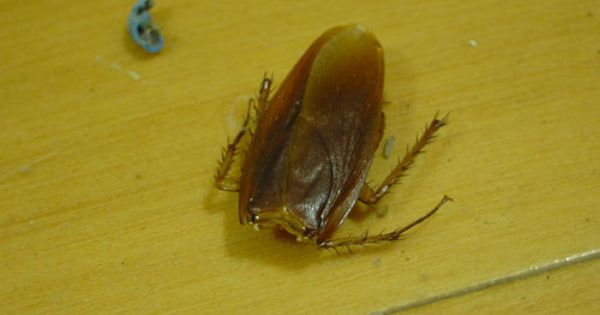 There is no uncontrolled bleeding, when the head of a cockroach is cut off, very often their neck will seal off by clothing.

Joseph G. Kunkel, a physiologist and biochemist of the University of Massachusetts Amherst, who studies cockroach development noted during his research that Cockroaches do not have the same kind of circulatory system as people.

Cockroaches, infamous for their tenacity, are often cited as the most likely survivors of a nuclear war. Some pundits even claim the critters can live without their heads. It turns out that this assertion is fact: at times headless roaches can live for weeks. To understand why cockroaches—and many other insects—can survive decapitation, it helps to understand why humans cannot,

In addition, humans breathe through their mouth or nose, and the brain controls that critical function, so breathing would stop. Moreover, the human body cannot eat without the head, ensuring certain death from starvation should one survive the other ill effects of head loss.

On the other hand, the roach brain does not control the hardy vermin breathe through spiracles, or little holes in each body segment., and blood does not carry oxygen throughout the body. Rather the spiracles pipe air directly to tissues through a set of tubes called tracheae.

Finally, humans breathe through their mouth or nose, and the brain controls that critical function, so breathing would stop if the head of a man is cut off, but the nerve tissues of a cockroach are distributed within each body segment, and the clumps are capable of performing the basic nervous functions responsible for reflexes, “so without the brain, the body can still function in terms of very simple reactions.