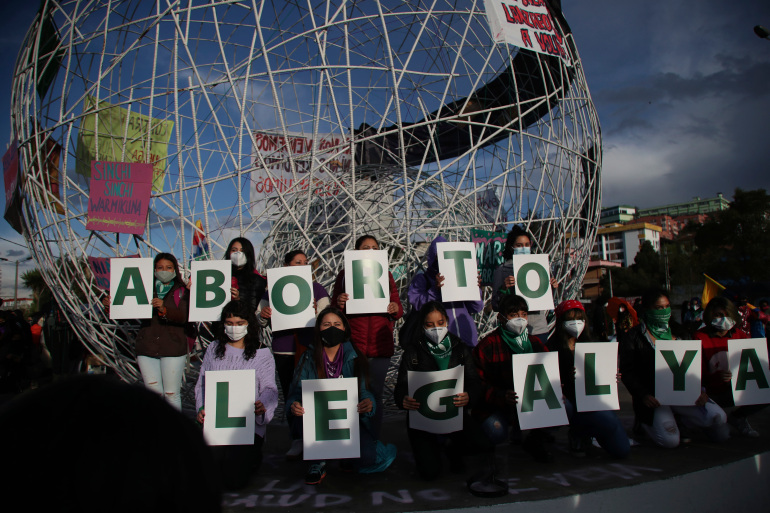 Mexico’s Supreme Court has revealed on Tuesday that criminalizing abortion is unconstitutional.

This development has prompted a decision which is will set precedent for the legal status of abortion nationwide.

In reaction to the ruling, Supreme Court Chief Justice Arturo Zaldivar said, “Today is a historic day for the rights of all Mexican women”.

According to a reliable source, the court ruled against a law in the state of Coahuila, which threatened women who undergo abortions with up to three years prison and a fine.

Making reference to the law in Coahuila Penal Code Article 196, it was stated that it allowed prosecution of both a woman seeking an abortion and the person who “causes her to have an abortion with her consent.”

“I’m against stigmatizing those who make this decision [to undergo an abortion] which I believe is difficult to begin with, due to moral and social burdens. It shouldn’t be burdened as well by the law. Nobody gets voluntarily pregnant thinking about getting an abortion later,” said Supreme Court Justice Ana Margarita Ríos Farjat, one of only three women among the court’s 11 justices.

In the view of Justice Luis Maria Aguilar the top court’s decision against such penalization is “a historic step,”

“Never again will a woman or a person with the capacity to carry a child be criminally prosecuted,” he added. “Today the threat of imprisonment and stigma that weigh on people who freely decide to terminate their pregnancy are banished.”

Meanwhile, the law in Argentina is something that the Latin American country’s Senate has legalized. The abortion bill was approved in December 2020.