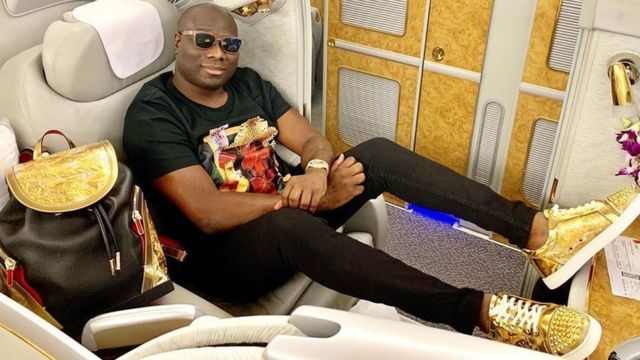 Nigerian internet celebrity, Ismaila Mustapha well known as Mompha, has debunked claims that he is a fraudster.

Mompha who is based in Dubai was apprehended and arrested by the EFCC after he was named in an N157.1m fraud charge filed against a popular auto dealer, Sarumi Babafemi, alias 606 in February.

Mompha, during an Instagram Live chat with Daddy Freeze, a controversial radio host, Mompha, cliamed that the EFCC contacted him after Hushpuppi was apprehended abroad.

In the words of Mompha, “I had to remove my picture (after Hushpuppi’s arrest), EFCC had to call me directly to post my picture back because it will look as if maybe I was involved”

Meanwhile, there are claims also by EFCC that Mompha and his company, Ismalob Global Investment Limited, are facing prosecution by the EFCC on a 22-count charge alleging various offences.

The offences mentioned are: ‘‘retention of proceeds of unlawful activities to wit; fraud, failure to report the transaction to the Commission as required by the provision of the Money Laundering Prohibition Act, 2011 (as amended)’’.