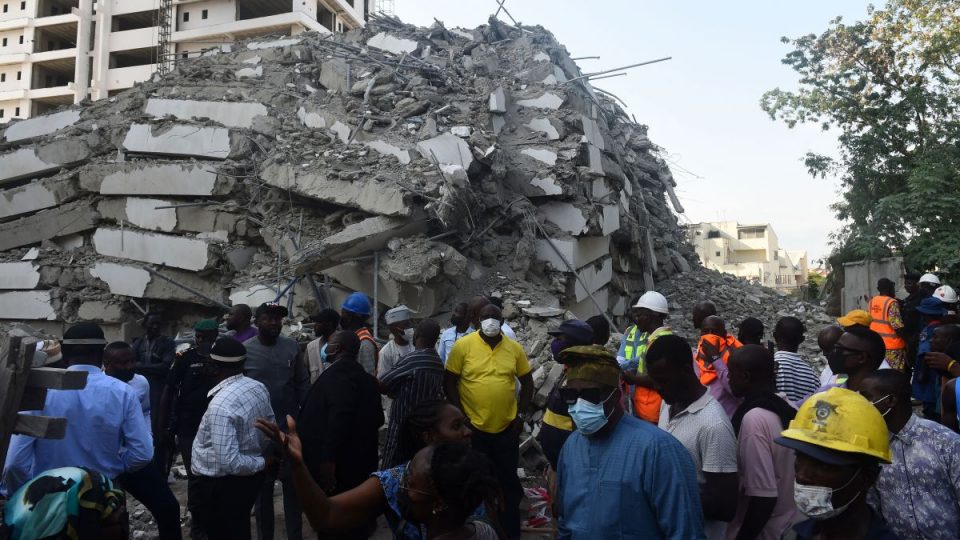 At least 44 people have reportedly died from the scene of the a 21-storey building that collapsed at about 2pm, on Gerrard Road in the Ikoyi area of Lagos State, last Monday.

As rescue team concludes their operations not less than 50 persons have been trapped in the skyscraper, owned by Fourscore Heights Limited.

Some of those pinned down in the building are:  the firm’s Managing Director, Femi Osibona; his friend, a United States of America-based Nigerian businessman, Wale Bob-Oseni; his personal assistant, Oyinye Enekwe, and clients.

Other dead persons a member of the National Youth Service Corps, identified only as Oyindamola; an aluminium fabricator, Kenneth Otu; an engineer and pastor with the Redeemed Christian Church of God, Living Water Parish, Ibafo, Ogun State, Ola Ogunfunwa, among others.

The incident has attracted a lot of people like the state Governor, Babajide Sanwo-Olu, to the scene of the collapsed building and triggered emotions from sympathisers and family members of victims that were found dead by the rescue team.

While some people lamented that they were not allowed to identify their loved ones who were trapped in the building, they were later given access on Saturday to find their loved ones among the corpses recovered and deposited in the Lagos Mainland Hospital morgue.

Unemployment Rate In US Drops Below 10%, Firms Rehire Staff